Free Shipping on orders over $100

Ever wonder how our metal hardware is made? Often times, it’s through a process that’s been used to cast metal objects for thousands of years. In this post, we’ll introduce you to the time-tested process known as lost wax casting.

The Origins of Lost Wax Casting

Lost wax casting is a method used to create solid metal objects. In our case, that’s our hardware. But the lost wax process has its roots way back in history. In fact, it’s known to have been used as far back as 6,000 years ago. Over the many years, the process was practiced and perfected, used to make jewelry, weapons, and even statues.

Today, the lost wax technique is a popular and efficient way to make solid brass and stainless hardware, among other things. The process begins with the creation of a mold. Once that’s done, hot liquid wax is poured in to evenly coat the mold. This is done in multiple layers to achieve a workable thickness. Once the hollow wax has hardened, the mold is removed. It can be reused to create more wax layers. The wax object is then supported by a “sprue,” which will eventually allow the metal flow properly into the area. The next step is to surround the wax with a very hot ceramic material that will take the shape and melt the wax. The molten metal is then poured into the ceramic mold, and allowed to cool. Finally, the mold is removed and the metal piece is finished to the desired effect. 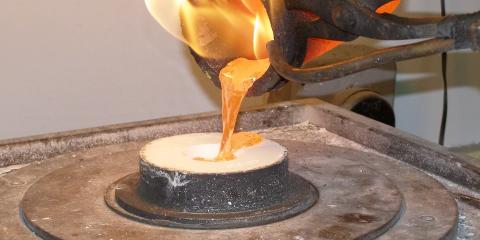 Now that you know the process, it is time for you to take a look at the result! At Buckleguy we offer an extensive array of metal hardware, much of which has been crafted using the lost wax technique.

HOW CAN WE HELP YOU

WITH PROJECTS OR PRODUCTION?

We strive to produce great hardware that lasts while meeting and exceeding regulatory requirements.